Since my car battery got stolen a few weeks ago, I’ve been hitchhiking myself into events, parties and this time into the first LGBTI parade on Guatemala, since I got way early than expected, a quick stop to “La Shai Wa” was necessary to smooth the evening.

After choosing some mood lifting music in the old jukebox and pouring beer into the typical chinese restaurant glass, a thought invaded my mind, a reminder of the religious and conservative surroundings in which I grew up to, these concepts or abstractions about sexuality, homosexuality or even birth control where few, misguided and mostly wrong, so it’s no wonder most people indoctrinated by religion rarely disagrees with it or develops personal criteria, these narrowed perceptions makes it hard to tolerate some topics or even discuss certain themes, many on which the internet has helped everyone to stretch these subjects.

Guatemala it’s incredibly diverse but still has a close minded society when it comes to religion, dogma and sexuality, if you know someone from the LGBTI community, you should be aware of their constant struggle for tolerance, acceptance and sometimes basic rules of respect, it should make anyone question those negative, toxic and egocentric behaviours that family, society or even religion implants on us without even noticing. 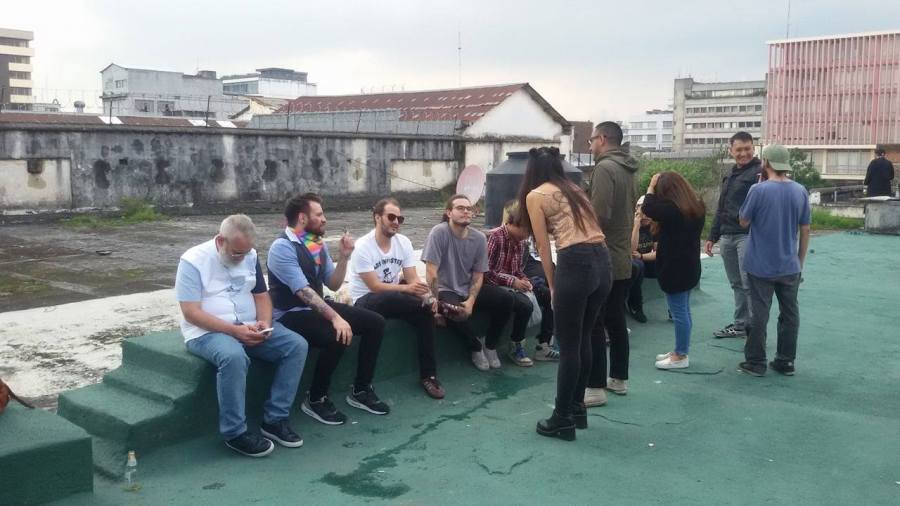 For that same reason this past june 24th the first LGBTI parade was organized to inspire tolerance and inclusion for all their members, encouraging anybody to join and celebrate variety, many artists gathered to express their support for this slow but gradually constant change, including the live performance  of “Los Tiros” at the rooftop of Distefano on the 6th avenue of zone 1, right next to the “Teatru Lux” which displayed the distinctive flag, decorating the outside of the historical movie theater and cultural center.

While los Tiros played a few songs before the main spectacle, asking some questions got me access to the rooftop and after a weird journey to get beverages and climbing twice the improvised ladder, the parade could be seen not far away, slowly but steady it got closer and a voice could be heard from a distance, explaining what the LGBTI citizens are exposed and demanding equal treatment, which in many parts of Guatemala it can mean discrimination, refusing service of any kind and normalized violence or hate.

Glad to say, not such conducts where visible during the celebration, the combined enthusiasm and splendid interpretation from Los Tiros, certainly excelled expectations with their execution, delivering their punk, western, surf gender power to the crowd, making them and the marching parade stop several times to dance, jump and motivate them all a bit more. 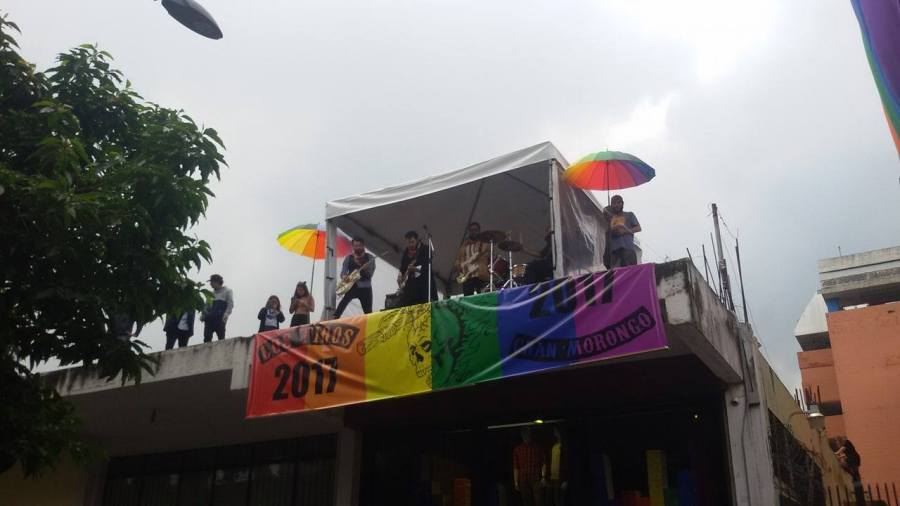 With each passing automobile being received with colorful planes, all printed with a manifesto of equity, one should make the conjecture to always strive for a better understanding society, to transcend acceptance, avoid rejection and dissipate prejudices.